Home » Change or Chaos » Environment » In The News » You are reading »

Global Warming, the threat is becoming more and more real.

Current environmental factors are making it apparent that global warming is becoming a critical issue. Here are articles from a variety of sources to keep you informed.

Be worried, be very worried
The climate is crashing, and global warming is to blame

(https://www.time.com/time?cnn=yes | Time.com) — No one can say exactly what it looks like when a planet takes ill, but it probably looks a lot like Earth.

Never mind what you’ve heard about global warming as a slow-motion emergency that would take decades to play out. Suddenly and unexpectedly, the crisis is upon us.

From heat waves to storms to floods to fires to massive glacial melts, the global climate seems to be crashing around us.

The problem — as scientists suspected but few others appreciated — is that global climate systems are booby-trapped with tipping points and feedback loops, thresholds past which the slow creep of environmental decay gives way to sudden and self-perpetuating collapse. That’s just what’s happening now.

It’s at the north and south poles — where ice cover is crumbling to slush — that the crisis is being felt the most acutely.

Late last year, for example, researchers analyzed data from Canadian and European satellites and found that the Greenland ice sheet is not only melting, but doing so faster and faster, with 53 cubic miles draining away into the sea last year alone, compared to 23 cubic miles in 1996.

One of the reasons the loss of the planet’s ice cover is accelerating is that as the poles’ bright white surface disappears it changes the relationship of the Earth and the sun. Polar ice is so reflective that 90 percent of the sunlight that strikes it simply bounces back into space, taking its energy with it. Ocean water does just the opposite, absorbing 90 percent of the light and heat it receives, meaning that each mile of ice that melts vanishes faster than the mile that preceded it.

This is what scientists call a feedback loop, and a similar one is also melting the frozen land called permafrost, much of which has been frozen — since the end of last ice age in fact, or at least 8,000 years ago.

Sealed inside that cryonic time capsule are layers of decaying organic matter, thick with carbon, which itself can transform into CO2. In places like the southern boundary of Alaska the soil is now melting and softening.

As fast as global warming is changing the oceans and ice caps, it’s having an even more immediate effect on land. Droughts are increasingly common as higher temperatures also bake moisture out of soil faster, causing dry regions that live at the margins to tip into full-blown crisis.

Wildfires in such sensitive regions as Indonesia, the western U.S. and even inland Alaska have been occurring with increased frequency as timberlands grow more parched. Those forests that don’t succumb to fire can simply die from thirst.

With habitats crashing, the animals that call them home are succumbing too. In Alaska, salmon populations are faltering as melting permafrost pours mud into rivers, burying the gravel the fish need for spawning. Small animals such as bushy tailed rats, chipmunks and pinion mice are being chased upslope by rising temperatures, until they at last have no place to run.

And with sea ice vanishing, polar bears are starting to turn up drowned. “There will be no polar ice by 2060,” says Larry Schweiger, president of the National Wildlife Federation. “Somewhere along that path, the polar bear drops out.”

So much environmental collapse has at last awakened much of the world, particularly the 141 nations that have ratified the Kyoto treaty to reduce emissions. The Bush administration, however, has shown no willingness to address the warming crisis in a serious way and Congress has not been much more encouraging.

Sens. John McCain and Joe Lieberman have twice been unable to get even mild measures to limit carbon emissions through a recalcitrant Senate.

A 10-member House delegation did recently travel to Antarctica, Australia and New Zealand to meet with scientists studying climate change. “Of the 10 of us, only three were believers to begin with,” says Rep. Sherman Boehlert of New York. “Every one of the others said this opened their eyes.”

But lawmakers who still applaud themselves for recognizing global warming are hardly the same as lawmakers with the courage to reverse it, and increasingly, state and local governments are stepping forward.

The mayors of more than 200 cities have signed the U.S. Mayors Climate Protection Agreement, pledging, among other things, that they will meet the Kyoto goal of reducing greenhouse emissions in their own cities to 1990 levels by 2012. Nine northeastern states have established the Regional Greenhouse Gas Initiative for the purpose of developing a program to cap greenhouse gasses.

An interesting article which clearly explains a major part of the problem: ignoring global warming and attempting to condition others to ignore the problem. well, who are you gonna believe, their lying eyes or current global environmental conditions?

There is no scientific evidence to back claims of man-made global warming. Period. Anyone who tells you that scientific research shows warming trends, be they teachers, newscasters, Congressmen, Senators, Vice Presidents or Presidents, is wrong. In fact, scientific research through U.S. government satellite and balloon measurements shows that the temperature is actually cooling “very slightly” .037 degrees Celsius.

A little research into modern-day temperature trends bears this out. For example, in 1936 the Midwest of the United States experienced 49 consecutive days of temperatures over 90 degrees. There were another 49 consecutive days in 1955. But in1992 there was only one day over 90 degrees and, in 1997, only 5 days. Because of modern science and improved equipment, this “cooling” trend has been most accurately documented over the past 18 years. Ironically, that’s the same period of time the hysteria has grown over dire warnings of “warming.”

Changes in global temperatures are natural. In fact, much of the recent severe weather has been directly attributed to a natural phenomenon that occurs every so often called El Nino. It causes ocean temperatures to rise as tropical trade winds actually reverse for a time. The resulting temperature changes cause severe storms, flooding, and even drought on every continent on earth. It’s completely natural. El Nino has been wreaking its havoc across the globe since long before man appeared.

How about the reports that the polar ice cap is melting? On Election Day the Financial Times of London carried the hysterical headline: “Arctic Ice Cap Set to Disappear by the Year 2070.” The article stated that the Arctic ice cap is melting at an unprecedented rate. The article is based on a report titled: “Impacts of a Warming Arctic,” submitted by a group of researchers called the Arctic Climate Impact Assessment (ACIA).

It must be understood just who makes up this so-called group of researchers. The report is not unbiased scientific data. Rather, it is propaganda from political groups who have an agenda. The report was commissioned by the Arctic Council, which is comprised of a consortium of radical environmentalists from Canada, Denmark, Iceland, Finland, Norway, Russia, Sweden, and the United States. All are nations that possess land within the Arctic Circle. Many of these countries, through the Kyoto Protocol, have a financial stake in pushing the global warming agenda. One of the groups providing scientists to the ACIA researchers is the World Wildlife Fund, one of the leading chicken-little scaremongers who create junk science at the drop of a news release to terrify us all into proper environmental conduct.

Full story continued on the “republicanvoices” site. It will be interesting to hear this same writer’s comments in 5-years. 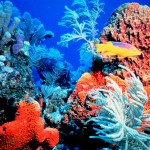 « Our “American” Leadership Vision
Coral Reefs Are Dying Off »