Home » Change or Chaos » Politics & Society » You are reading »

Obama Worked to Fit in at Elite School

Since Barack Obama declared his candidacy for President, every aspect of his life has been scrutinized, moreso, to determine if he’s “American enough”, “fits in with others”. This made me wonder, who are the others to be “comfy-cozy” with?

Related Article:  https://gotdemocracy.net/talk-change/ – A lot of talk about change in America, but given its history, is it possible?

Obama Worked to Fit in at Elite School

HONOLULU (Map, News) – In 1971, a 10-year-old boy named Barry Obama enrolled at the private Punahou School and entered an unfamiliar world of privilege where he initially felt out of place. But he kept those feelings to himself and eventually prospered at the school.

Obama came from a modest background; suddenly his peers were the island’s richest and most accomplished students. Around that time, America Online founder Steve Case, actress Kelly Preston and former Dallas Cowboys lineman Mark Tuinei attended the school, which offers kindergarten through 12th grade on a lush hillside campus overlooking the Waikiki skyline and Pacific Ocean.

Arriving after living four years in Indonesia, Obama felt like a misfit in his Indonesian sandals and old-fashioned clothes, the Democratic presidential contender recalled in his 1995 memoir, “Dreams From My Father.”

Most of his classmates lived in “split-level homes with swimming pools,” he wrote. Obama lived in an apartment near school and worked at a burger chain and Baskin-Robbins before graduating.

“Rarely did I meet kids whose families had less than mine and might remind me of good fortune,” he wrote.

But former classmates and teachers say Barack Obama – known then as Barry – never revealed such feelings. They describe him as upbeat and friendly, able to move between traditional high school cliques.”

Obama also has spoken fondly of the school. He has said Punahou’s emphasis on instilling values taught him to create a foundation for his life. And he has called for every child in the nation to have the type of education he enjoyed there.

Obama’s half-sister, Maya Soetoro-Ng, said the school allowed her brother to see the vast inequities in the nation’s education system and push for a public school curriculum that balances “practical” with “poetic and philosophical education.”

Soetoro-Ng also attended Punahou and remembered taking classes in photography and Russian literature while also learning how to write a resume.”

It was a kind of education … where classes were small enough that each individual child got nurtured, where tests weren’t as high stakes, where there were projects and papers, and the whole child was attended to,” she said.

When Obama was there, the islands’ most prestigious school offered a class in glass blowing, exchange trips to Japan and the opportunity to work on a literary magazine.

But Soetoro-Ng said the school also had drawbacks: It could be insular; few students came from economically underprivileged backgrounds.

In 1979, the year Obama graduated, tuition for high school students at Punahou was $1,990, a sizable expense compared with Hawaii’s median family income of $22,750 that year.

Some of Obama’s former classmates say they, too, felt out of place when they started at the school.Bart Burford, who graduated with Obama, came to Punahou in sixth grade from public school and said he had a tough time adjusting to his monied peers.”I didn’t understand how people could be so snobby,” the Honolulu resident said in a recent interview.

Tom Boyle, another classmate of Obama’s, also came to Punahou from public school and recalled another student pointing out that his clothes didn’t match.

In a state that defines people by the high school they attended, Hawaii’s public school students often view Punahou graduates as elitist and scoff at them even into adulthood.

Sen. Daniel Inouye, D-Hawaii, reminded voters before Hawaii’s recent Democratic caucus that Obama went to Punahou, which he said “was not a school for the impoverished.”

Inouye, 37 years older than Obama and a graduate of public McKinley High School down the hill from Punahou, is supporting Obama’s rival, Hillary Rodham Clinton, in the Democratic presidential race.

Obama shot back that he attended the school on a scholarship and was raised by a single mom and grandmother.

“Shame on Danny for trying to pull that stunt,” he said.

Obama’s feelings of not fitting in were heightened by his race. As one of the few black students at Punahou – and among a small group of blacks on the island – he remembered in his memoir someone wanting to touch his hair and being asked whether his father ate people on his first day of school.

He wrote about struggling with his racial identity and turning to marijuana to block out the questions.

But classmates and teachers say Obama blended in well. He served on the editorial board of the school’s literary magazine, played varsity basketball and sang in the choir. He went on the occasional date.

A self-described “goof off” who didn’t focus on work and spent much of his time thinking about girls, Obama did well enough.

“He was just a normal boy,” said Bob Torrey, who taught Obama U.S. history and described him as a B-student. “He was very popular with his classmates.”

In his memoir, Obama said his status improved over time, his prowess as a basketball player helping him make some of his closest friends. And in a December 2004 visit to campus, he spoke positively about his experience.

“There was something about this school that embraced me,” he told students and faculty, “gave me support and encouragement and allowed me to grow and prosper.”

Copyright 2007 The Associated Press. All rights reserved. This material may not be published, broadcast, rewritten or redistributed. 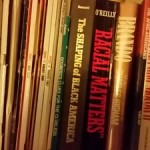 My Brother’s Keeper is a GREAT & much needed initiative 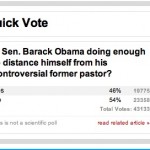 Continual focus on Obama’s minister, while downplaying other ministers

Only the REDs (really expensive dunces) can ruin the word “patriotism”

« Consumer Finance and Protection?
Did anyone even notice this federal reserve powers’ change announcement? »