Home » Change or Chaos » Politics & Society » You are reading »

The plan is being proposed to make it seem like plan will help the Average Joe, i.e., those panicking and about to lose their homes.

Think again!! But when Midwest middle-class citizens (GOP’s “bread and butter”) continue to get screwed, I’m just going to grab my popcorn and sit back and watch the outcome! This overhaul move gives power over all the money to an elite few, and gives the option to eliminate banks for more control

Plan to move more oversight to the Federal Reserve

WASHINGTON – The Bush administration Monday proposed the most far-ranging overhaul of the financial regulatory system since the stock market crash of 1929 and the ensuing Great Depression.

The plan would change how the government regulates thousands of businesses from the nation’s biggest banks and investment houses down to the local insurance agent and mortgage broker.

Treasury Secretary Henry Paulson unveiled the 218-page plan in a speech in Treasury’s ornate Cash Room. He declared that a strong financial system was important not just for Wall Street but also for working Americans.

The administration’s plan was already drawing criticism from Democrats that it does not go far enough to deal with abuses in mortgage lending and securities trading that were exposed by the current credit crisis.

The plan, which would require congressional approval for its biggest changes, seeks to trim a hodge-podge collection of overlapping jurisdictions that date back to the Civil War.

It would give the Federal Reserve more power to protect the stability of the entire financial system while merging day-to-day bank supervision into one agency, down from five at present.

It also would create one super agency in charge of business conduct and consumer protection, performing many of the functions of the current Securities and Exchange Commission.

It would propose eliminating the Office of Thrift Supervision and the Commodity Futures Trading Commission, merging their functions into other agencies.

It would ask Congress to establish a federal Mortgage Origination Commission to set recommended minimum licensing standards for mortgage brokers, many of whom now operate outside of federal regulation, and it would also take a first step toward federal regulation of the insurance industry by asking Congress to establish an Office of Insurance Oversight inside the Treasury Department.

Paulson acknowledged in his remarks that most of the changes will not occur until after a lengthy debate in Congress, leaving it to the next administration to deal with the biggest changes proposed by the report. He also said the Bush administration’s focus would remain on getting through the current severe credit crisis, which has roiled financial markets since last August.

Paulson rejected Democratic charges that it was lax regulation of mortgage brokers and the financial industry that had led to the current problems.

“I do not believe it is fair or accurate to blame our regulatory structure for the current market turmoil,” he said. “I am not suggesting that more regulation is the answer or even that more effective regulation can prevent the periods of financial market stress that seem to occur every five to 10 years.”

Banking groups raised strong objections to the plan while other industry groups had mixed reactions.

In Congress, House Financial Services Committee Chairman Barney Frank, who is working on his own regulatory revamp, called Paulson’s proposal a “constructive step forward” but said it wouldn’t give the Federal Reserve enough authority to carry out its expanded job to police the stability of the entire financial system.

Many Democrats said that Congress’ first priority should be to deal with the current mortgage crisis that is threatening millions of Americans with the loss of their homes and that an extensive debate on a regulatory overhaul should not occur until a new president is in office next year.

Senate Banking Committee Chairman Christopher Dodd, D-Conn., said in an appearance on CBS’ “Early Show” that it was not a failure of the regulatory scheme but “a failure of leadership” that led to the current crisis.

The proposed overhaul would be the most extensive since the current regulatory system was created in response to the 1929 stock market crash and the Great Depression.

It comes at a time when the financial system faces its most severe credit crisis in two decades, one that has resulted in billions of dollars of losses for big banks and investment houses and the near-collapse of Bear Stearns, the country’s fifth-largest investment bank.

The rising tide of bad debt has made it harder for consumers and businesses to get credit, further weighing on an economy struggling with a prolonged housing slump and soaring energy prices. Many economists believe the country is already in a recession.

Copyright 2008 The Associated Press. All rights reserved. This material may not be published, broadcast, rewritten or redistributed. 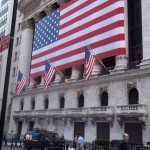 Federal Reserve to the rescue, I think?