However, we know GOP leaders aren’t shocked because Donald Trump is speaking what has been in all of their hearts since 2008.

Take Our Country Back.

Make America Great Again… wait when was that?? during Jim Crow (no rights for non-whites, women and Jewish Americans), slavery, when Chinese Americans were banned from U.S. after being massacred in Wyoming, when Native Indians were rounded onto reservations or while Native Indians are living on restrictive and oppressive reservations, when there was ZERO chance of a black OR female President of the United States, when gays were treated like outlaws in our military including while fighting on front line of war, or from 2000 through 2008?? Please enlighten the rest of us hearing complaints from Jim Crow Benefactors with unending privileges while “uplifting” those who remained wealthy after massive fraud.

So now we wait… wait until November 2016 for the inevitable: an epic, Sarah Palin-style loss by Donald Trump because of “racists/whites only with KKK in tow” on one side and everybody else on the other. One would think by now that hatriots would learn that this country is moving forward, not backwards, and leaving the hate behind. However, hatriots never learn, thus why the same steps are repeated every single election as members of their hateful generation continue to die off.

My biggest hope is that hatriots will leave the once progressive GOP party of President Lincoln and Secretary of State and New York State Governor, William Seward, and form their own party once and for all. These same confederates left the Democratic party en masse in 1965 (minus Robert Byrd) to protest against Civil and Voting Rights, and all of their subsequent acts, antics and hysterics have been reflective of their true hearts: hate, racism and destruction wrapped under the guise of being “christian” and/or “prolife”. Their hatriot “hearts” have stalled our country on every level since the Civil War ended and confederate creep Nathan Bedford Forrest’s Ku Klux Klan started, while other countries centuries ahead of us have focused on rebuilding together.

If low-life, country stalling confederates-dixiecrats finally start their own official party, instead of terrorizing other parties, Donald Trump will have actually made America great again because everybody else can finally have functioning political parties and focusing on building the country that over 650,000 Civil War dead fought to preserve for all of its citizens. We can move forward together including WITH and not AGAINST Native Indians, while confederates-dixiecrats can do what they do best: hate, hate and hate, but in their own fantasy world of “just them”, while we all move forward TOGETHER and around them. 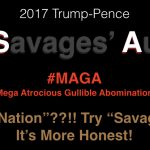 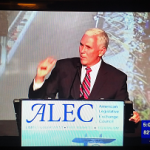 This Mike Pence moment speaks volumes about how dangerous he is! 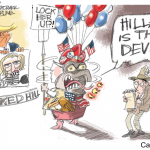 Thanks HuffPo For This: How To Make A Trump 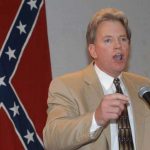 The Hate That Drumpf Built